Something beyond my reach: Seiko 5718 Chronograph


One day a watchmaker sent me a photo of a Seiko chronograph and asked me whether I have seen it before. He described it as a large date display; it got me all fired up. On second look, wait a sec, I don't think any date would come with a number 77 right? Flicking through my Japanese watch reference books, I finally saw it...... is the legendary, super rare 5718-8000. Some might describe it as a holy grail of Seiko Chronograph.
All the photos and materials here are not mine. I have since browsed many websites and blogs; this is just a summary of the knowledge on this watch that I acquired. I am sorry that I cannot give due credit to the original publishers as I lost track with the records. 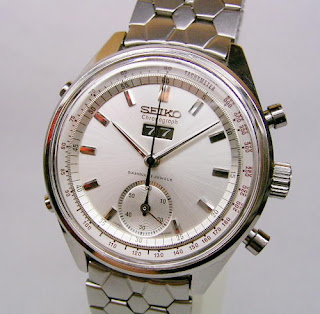 Here are Japanese watch magazine article scans of this model: 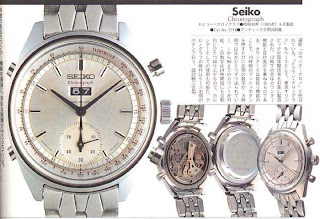 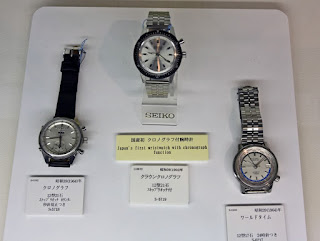 What set apart the 5718 and its siblings 5717 and 5719 is that this model has a subdial with 2 hands (like the later Seiko 7016 calibre) and a window for a counter (00-99). It has 2 chronograph pushers instead of the single pusher of the other two in this family. The lighter hand on the subdial at 6 o'clock is the second hand of the watch, whereas the black bold hand served as the register hand for the chronograph function. 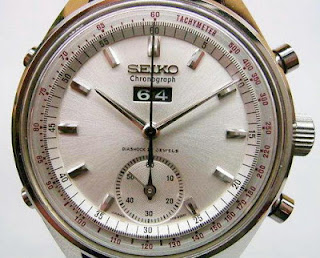 This watch is made of stainless steel with a case diameter of 38mm and a thickness of 12.80mm. 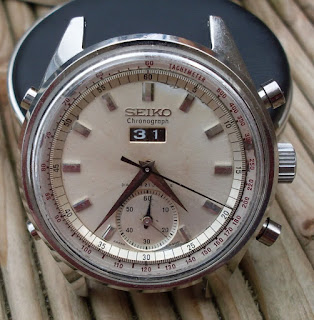 This watch has a snap on case back and is waterproofing to 30 meters. The case back has a clear olympic torch logo. 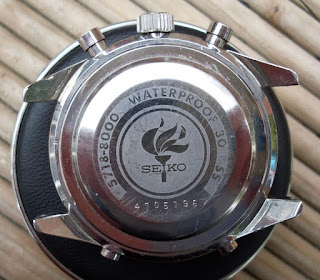 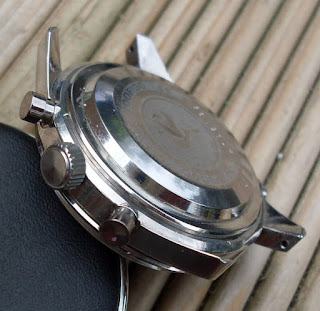 Below is a photo clearly showing the 5718A movement which has 21 Jewels and a beat rate of 18,000 bph.  In the Seiko Movement Table, this mechanism is known as the "Count Graph". 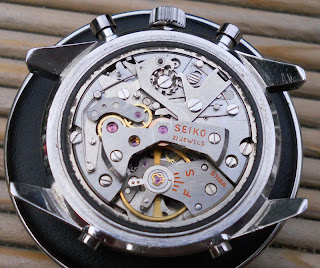 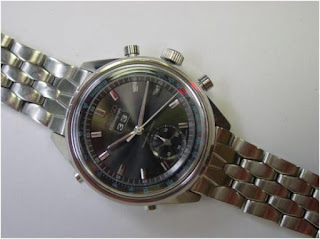 This watch has an asking price of staggering USD 6,500-9,500 for a used second hand. Too much for me to pay. This is probably one of the rarest Seiko watch around.
Posted by fpsj at 10:18 PM