Before the time of the Kings and the Grands, the Lords ruled the land...... Seiko Lord Marvels were once the highest, the best and the most expensive watches Seiko produced. Seiko Lord Marvel was first introduced in 1958. 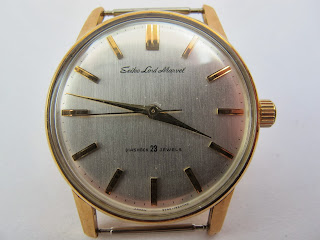 One point to stress; Seiko Lord Marvel is not the same class as the later Seiko LM (Lord-Matic). This watch is believed to be from 1960 and the third generation of Lord Marvel. It has a very elegant 14K Gold-filled case (80 Micron) with an artistic curved acrylic crystal. 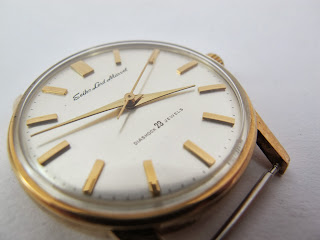 This Lord Marvel has an enchanting silver dial. The dial is decorated with raised gold stick markers. Silver and gold do make a great combination. "Seiko Lord Marvel" and "Diashock 23 Jewels" were finely printed. At the bottom of the dial it is proudly declared as Japan with its model number 5740-1990TAD. 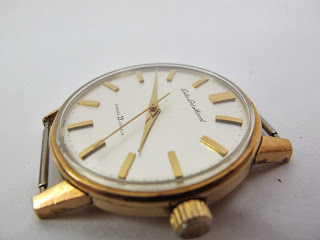 This watch is tastefully equipped with gold dauphine hands and a long sweep second. The case is measuring 36mm excluding the crown. 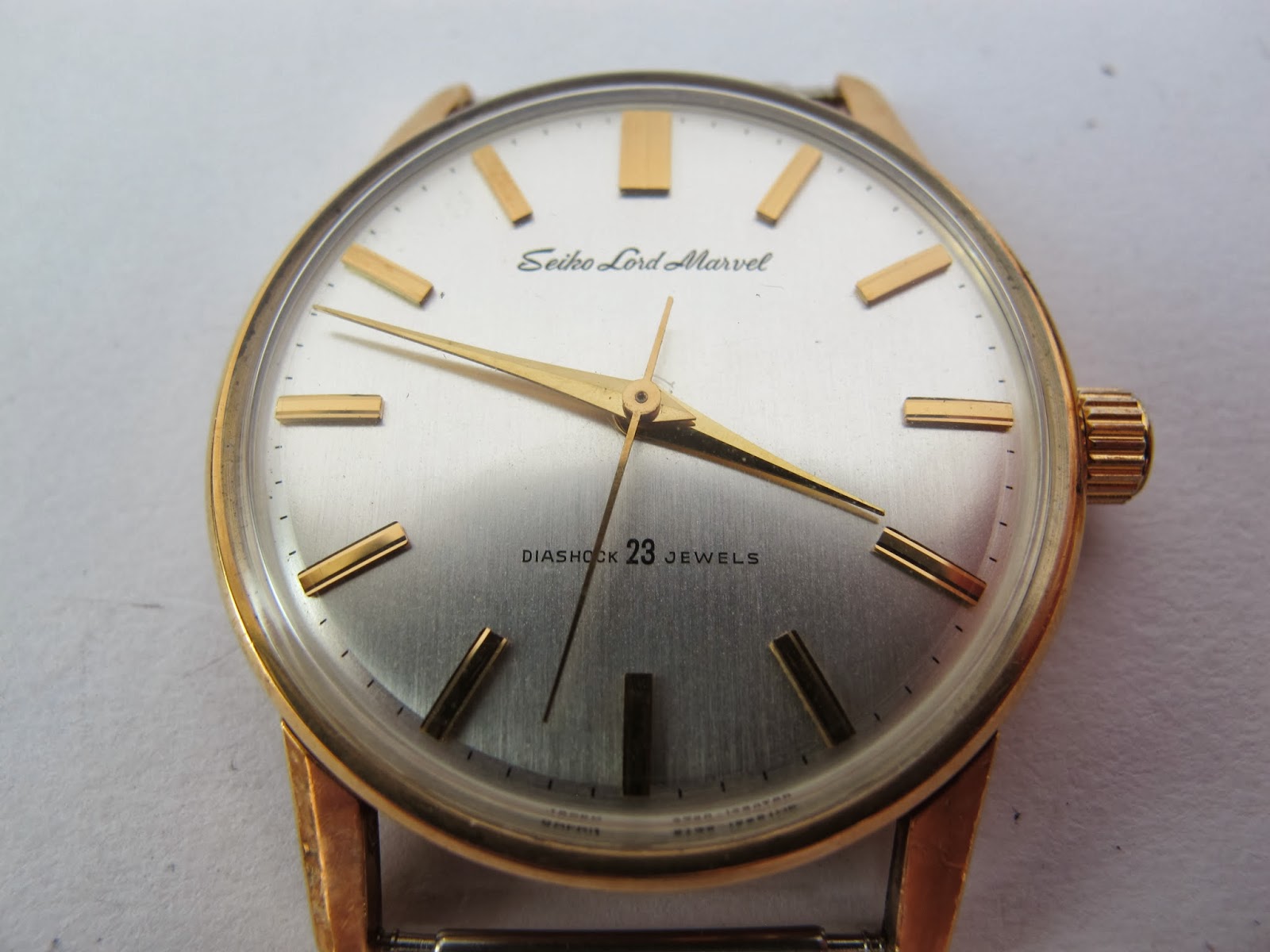 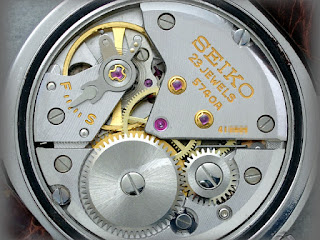 This watch comes with a snap on clam-shell back case. The back case is also 14K gold filled with only the serial number of the watch engraved on it. 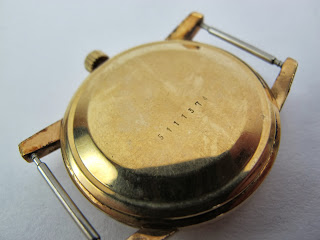 Below is an antique Seiko catalogue.... The first one on the left center is the 5740-1990, from my shallow understanding of Japanese, it is stated "World Class Standard".

After more than half a century, the 14K gold filled casing does show some wear and tear, but it is still in an excellent condition. An old Seiko mechanical movement is an everlasting power horse. With descent using and proper caring.... this Seiko heritage can last for many more years to come...... 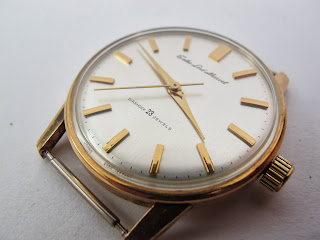 In my opinion, a classic watch like this is best matched with a dark brown calf leather strap. I do not bother to put one up for two reasons.... One I am not going to wear this in any near future; two, this one is missing the original crown... a watch of this age is sometime very difficult to find the correct spare....... 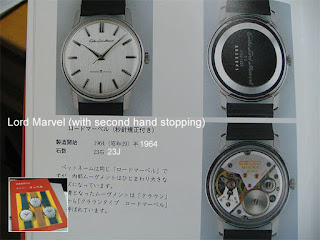 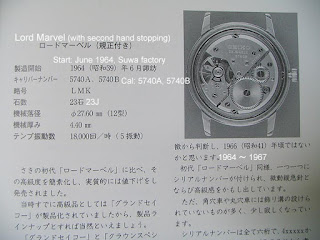 This is possible the missing link in the evolution of time pieces. This was the transition period from the mechanical watches to the Quartz revolution. The evolution of time pieces is somewhat different from the laws of Nature.... Electronic watches like Citizen Cosmotron and Seiko Elnix had well extincted in the production line whereas their older ancestor like mechanic and automatic watches still flourished today. These watches laid the foundation for greater modern movements like Quartz, Kinetic, Auto-Quartz, Solar powered and Spring drive. 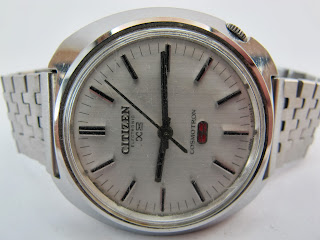 The Cosmotron X8 is the first transistorized electric by Citizen and also the first in Japan introduced as early as 1966/67. Cosmotron works like a mechanical watch except for one fundamental part... Instead of using the traditional mainspring; Citizen employed a moving-magnet type balance motor, driven by transistors as the regulating device. These watches are extremely accurate and reliable. Cosmotron has smooth sweeping second hand and sounded like a mechanical watch. 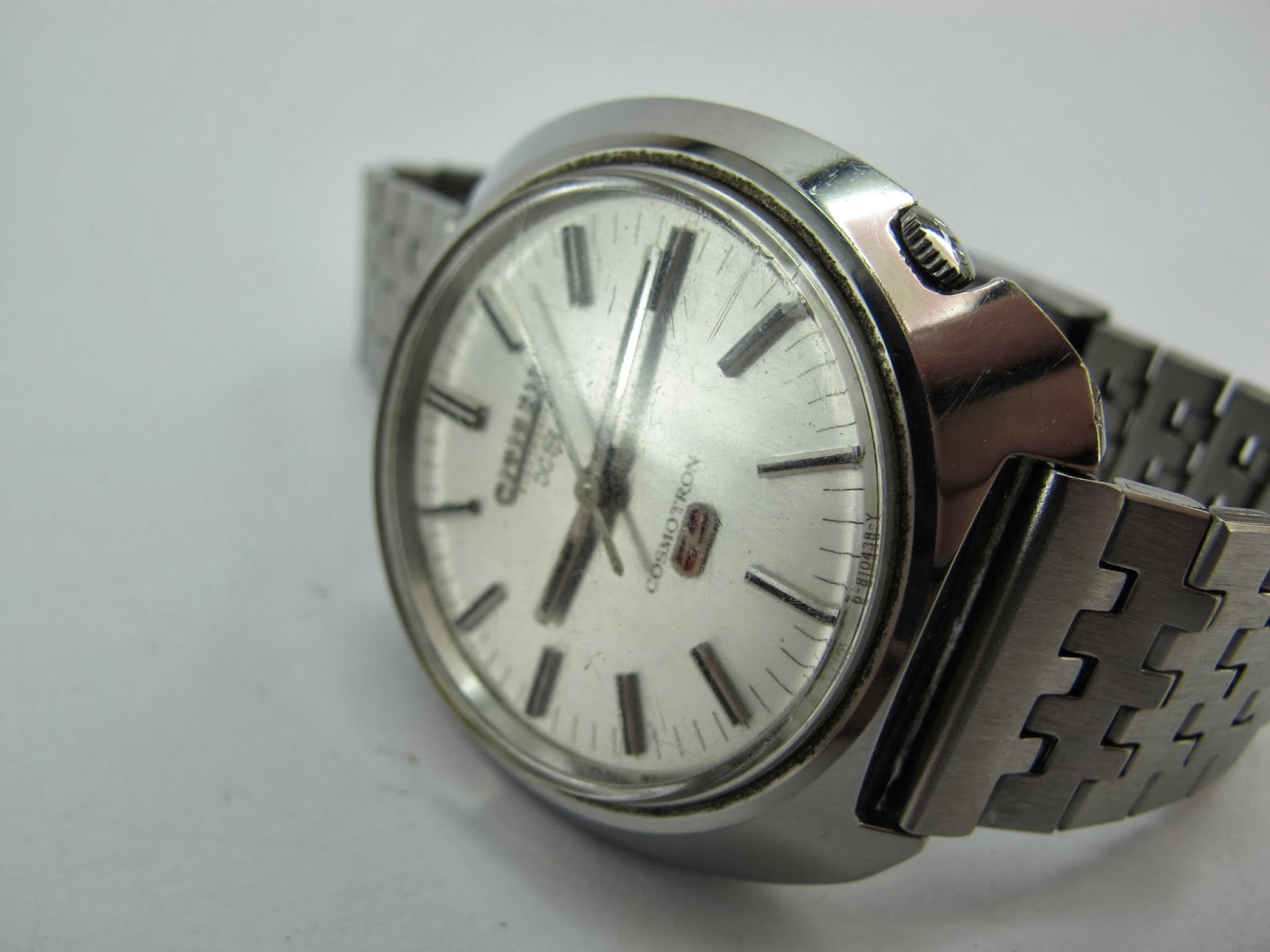 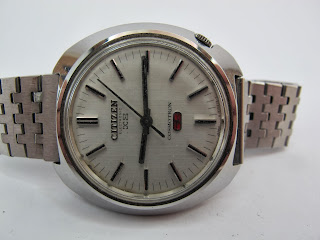 It is very easy to fall in love with this watch.... The dial is so appealing.... Its simplicity, making time telling effortless. The Citizen and the red transistor symbol of Cosmotron emblems give good contrasting effect to the plain white dial. 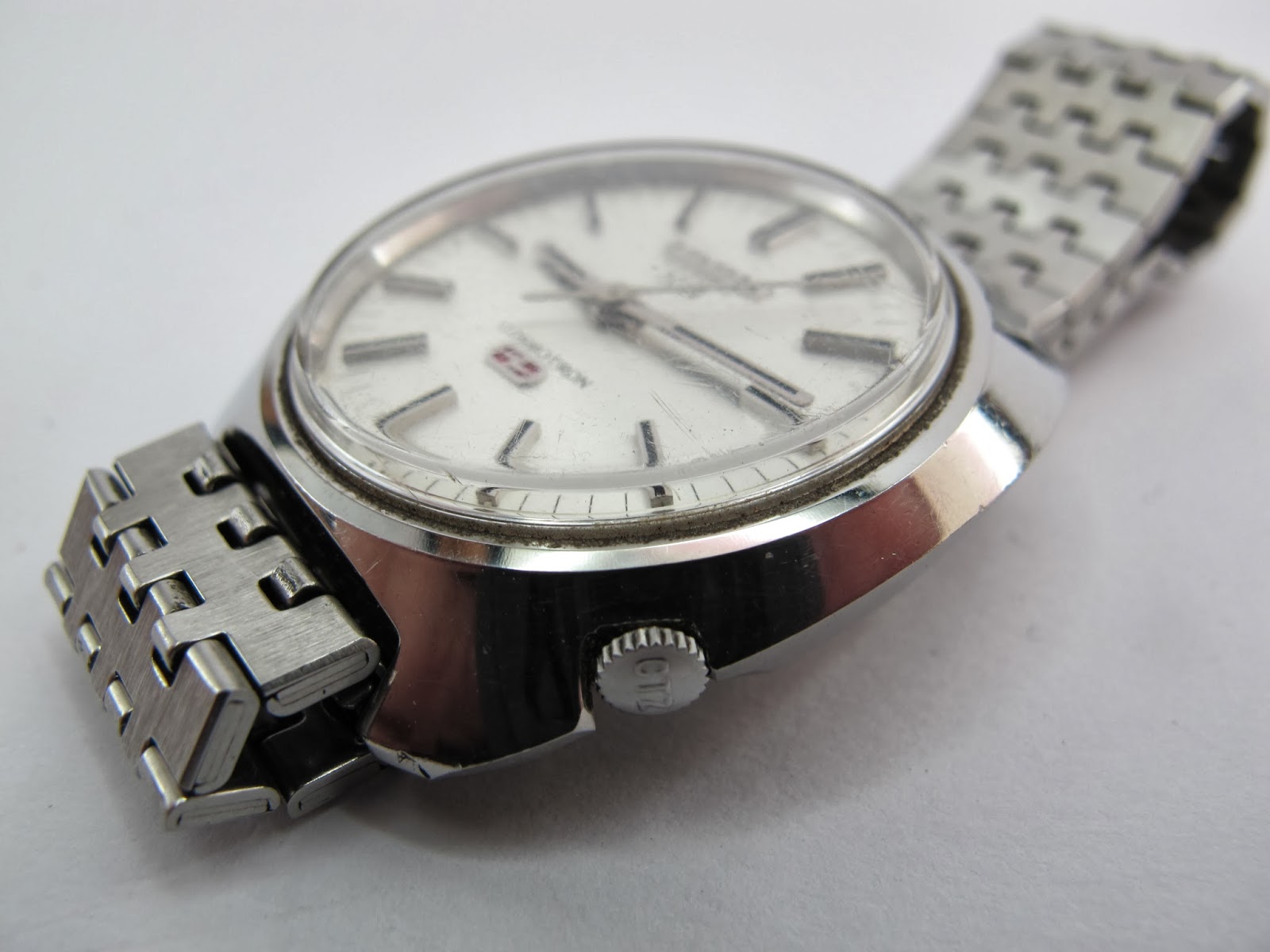 The crown is signed CTZ and is situated at 4 o'clock position. 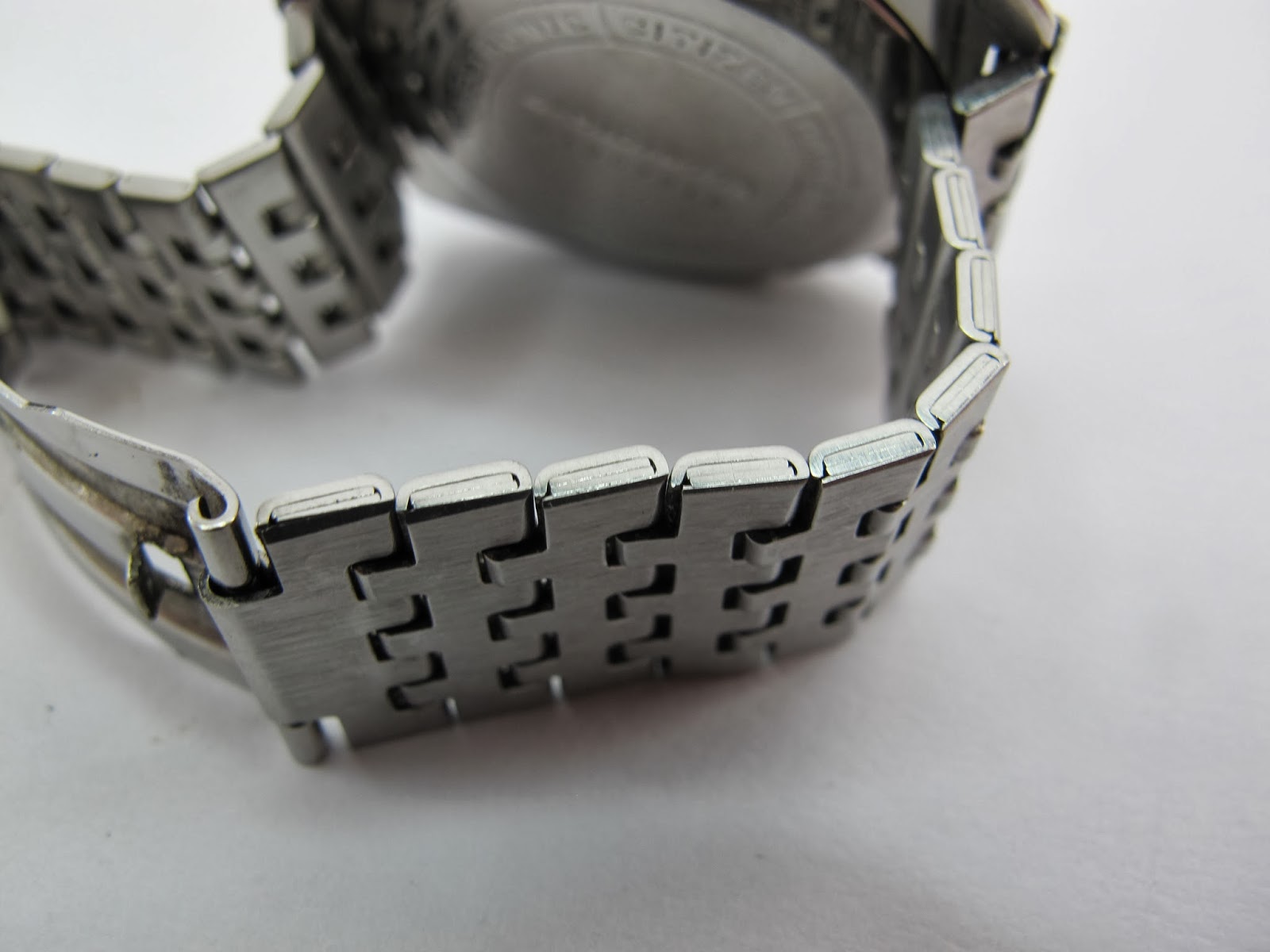 The stainless steel bracelet for this watch is a piece of art. The solid links bracelet is meant to last...... 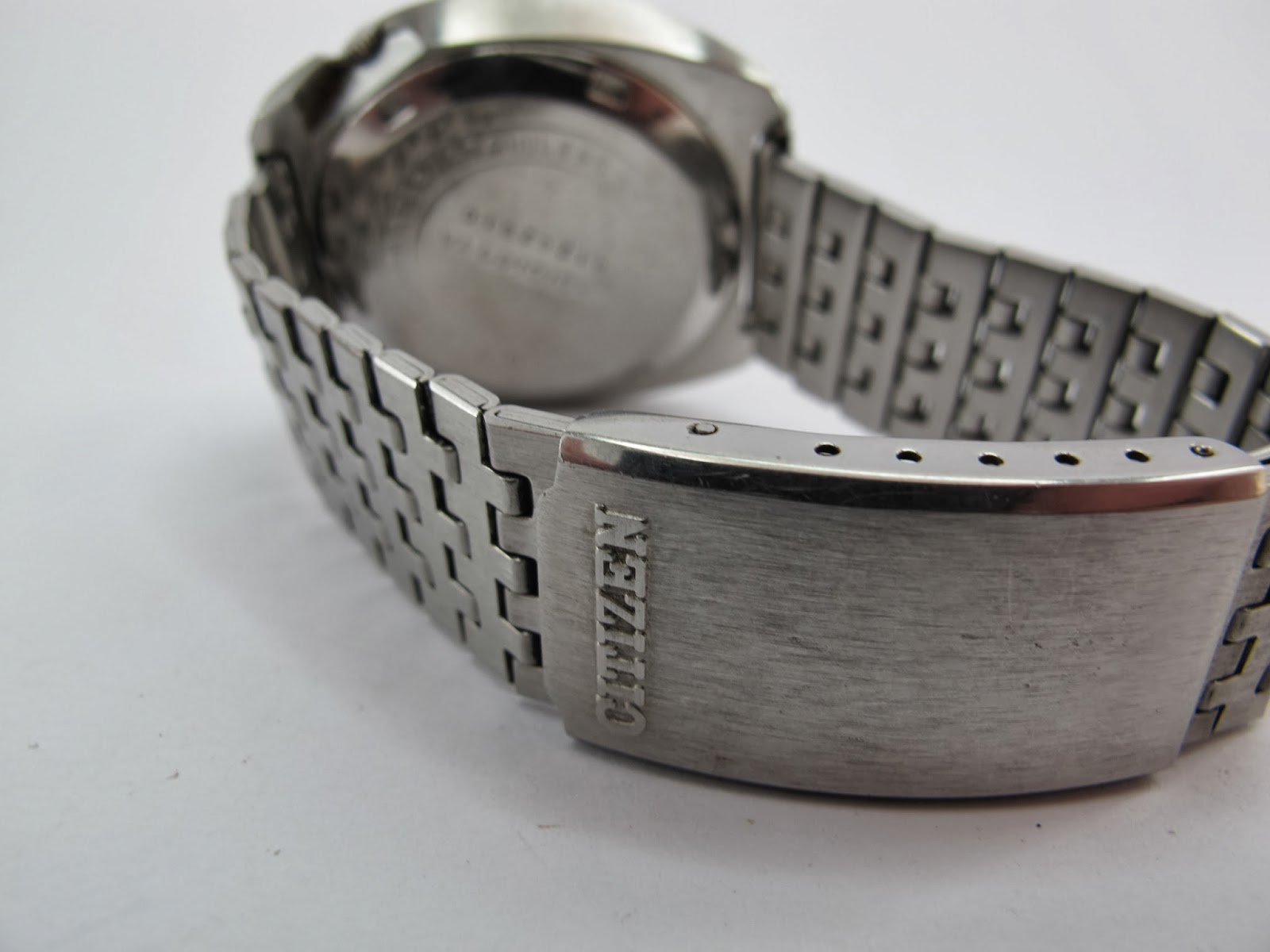 The clasp is signed Citizen and really reflected the quality of Japanese watches back in the 1970's. 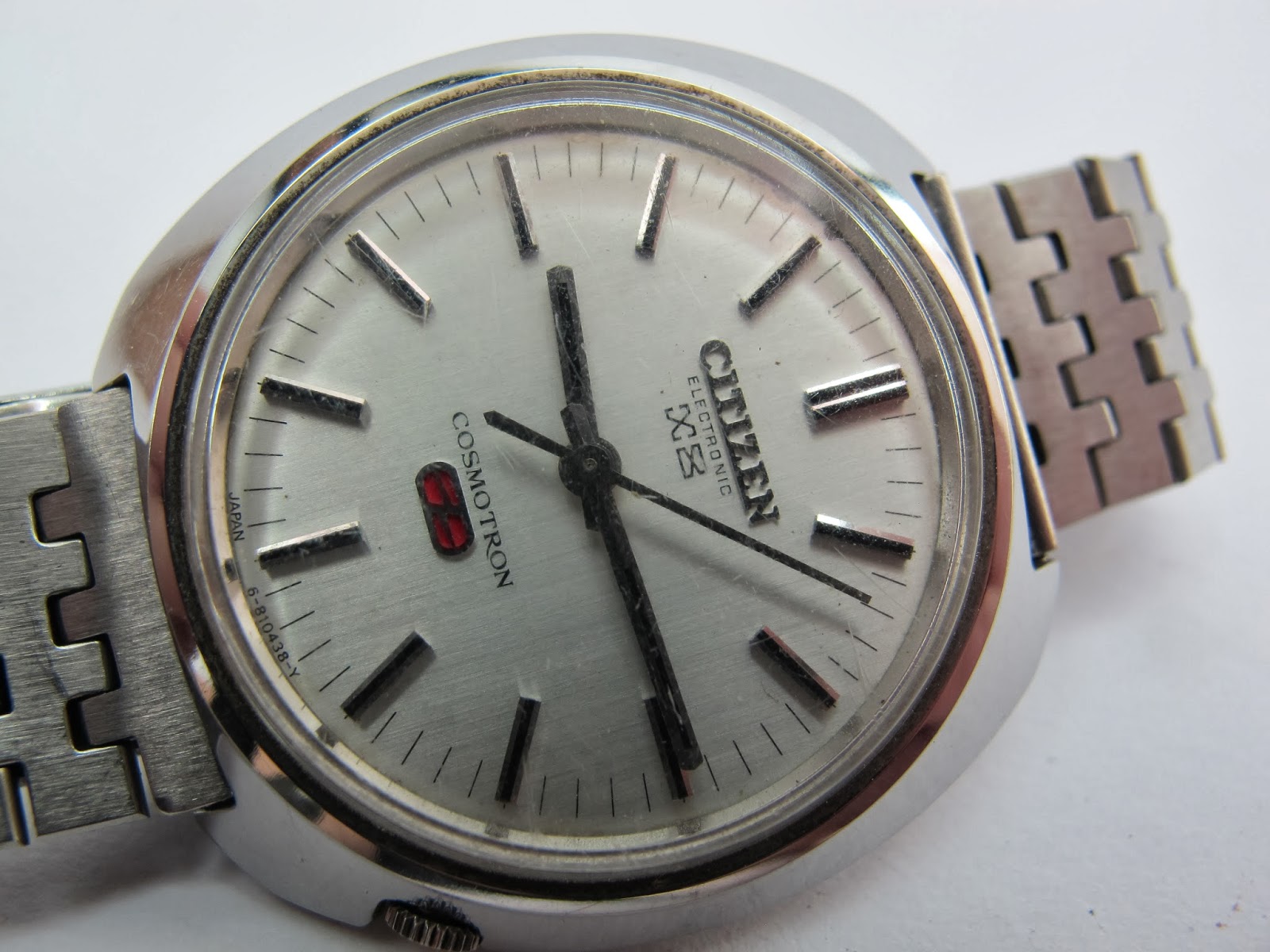 The stainless steel back case is screw down type and it is labelled as Parawater or in other words water resist. 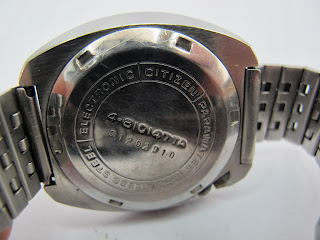 Below is a photo of the 4840 movement taken from http://sweep-hand.org. This movement has 12 Jewels and powered by a 1.55v silver oxide battery. This movement is extremely robust and after 45 years or so it is still running strong....... 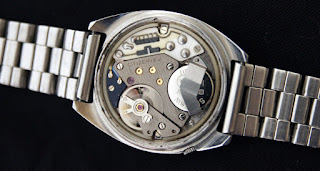 For further reading on Cosmotron X8 please visit http://sweep-hand.org/the-x8-cosmotron/ . It is a very comprehensive write up on Cosmotron. 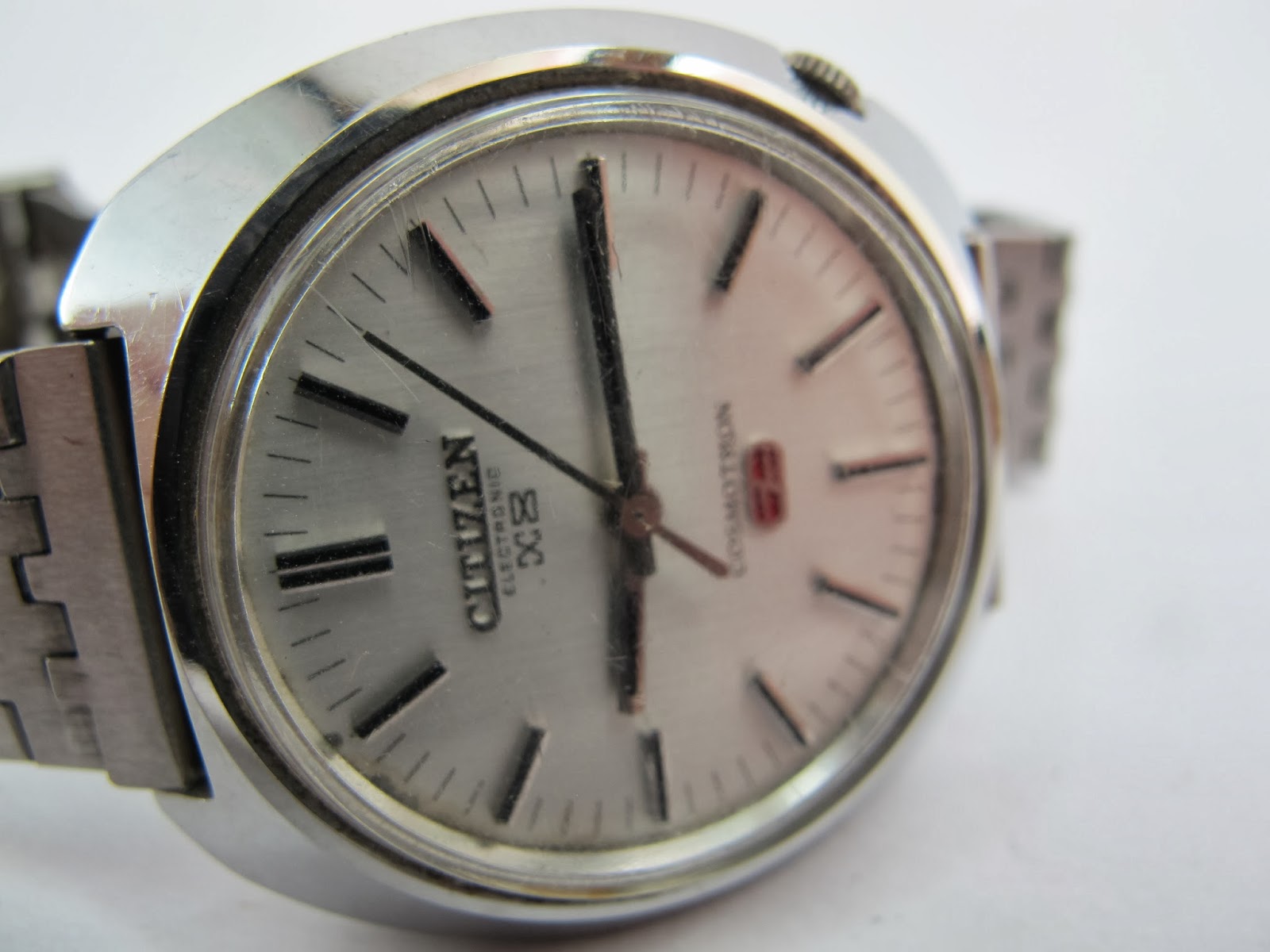 The Cosmotron X8 production was short run. With the rise of the quartz, the electronic watch technology was quickly rendered obsolete and production ceased.... 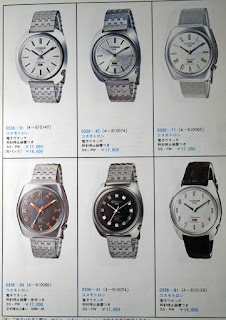 A Candy box full of Titoni

This is part of my Titoni collection.... Mainly Cosmo Kings, Cosmo Kings 14K, a World Time and an Airmaster gathered inside an elegant wooden watch box. The Box is labelled Titoni of Switzerland... Just something to share... haven't been active lately..... 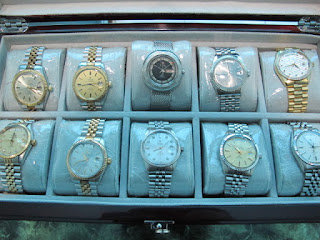 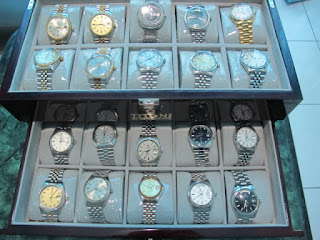