Grand Seiko 5722; The third in line
(A piece of junk that needed a fresh dial to become a Jewel) 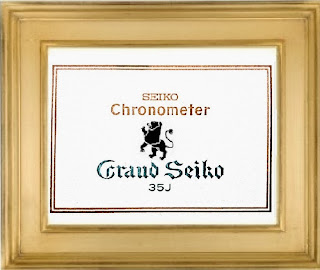 This is a Grand Seiko I picked up from a Hong Kong's ebay seller. I got it for a bargain price. Maybe its appearance scared off a lot of potential buyers..... Apart from its dial, this watch is in very good condition. 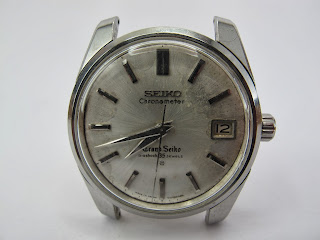 This is the first batch of 5722 or 5722A. 5722 is the third generation Grand Seiko. It is after the first Grand Seiko 3180 and Grand Seiko Taiyo 43999 (43GS). Both 5722A and 5722B shared the same casing with 43GS. The heavily-lugged stainless steel case is 37mm in diameter excluding the crown and is about 9.5mm in thickness. The case is well polished and brushed. The watch has an inclined bezel with domed acrylic crystal. 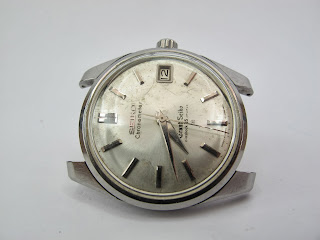 This watch is originally characterized by an immaculate matte pearl silver sunburst dial with faceted, applied steel baton markers and subdues legends, and highly readable, faceted steel dauphine hands. The hands and applied markings are outstandingly formed and finished. There is an aperture for the date at 3 o'clock position that is highlighted with silver steel window frame.
The dial is signed "SEIKO Chronometer" at just underneath the 12 o'clock hour marker. Above the 6 o'clock marker it is signed "Grand Seiko, Diashock 35 Jewels". It has a Applique Dial (AD) symbol on the dial which is a 3-pointed star inside a triangle indicating the Seiko logo is applique rather than printed on the dial. At the bottom of the dial; Made in Japan on a side and another GSS14H380-SD. Later versions of 5722 did not retain the "Chronometer" dial legend, and also don't have the AD symbol on the dial. 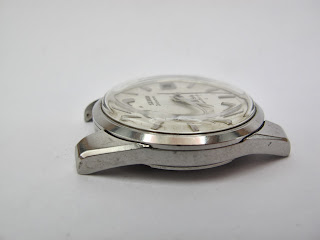 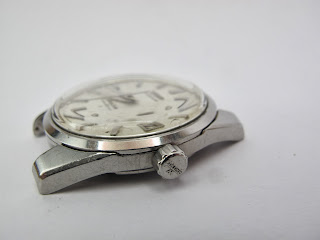 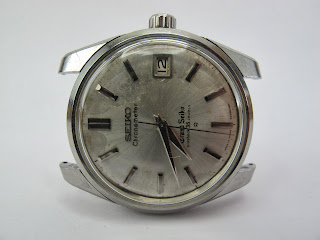 This watch has a thick screwed-down case back with embossed 18K gold GS lion notation medal. It is waterproof to 50 meters. During the early 1960's the 18K solid Gold Lion medallion was used on the caseback to denote “chronometer-grade” Seiko timepieces. In the early 1960s Seiko displayed the 'Chronometer' name on selected, precision watches which had passed the in-house Seiko chronometer standard precision testing, the equivalent of the BO (Basel Observatory) Chronometer standard. The Grand Seiko Chronometer grade watches are characterised by relatively unadorned hand-screened and-assembled movements regulated by specially selected and trained watchmakers. Seiko stopped displaying the ‘Chronometer’ designation in 1966. 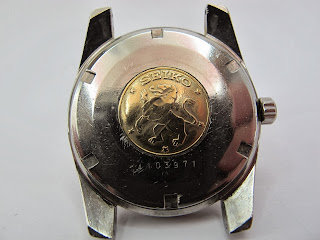 This GS's caseback had worn off quite substantially. The initial caseback should look like the below: 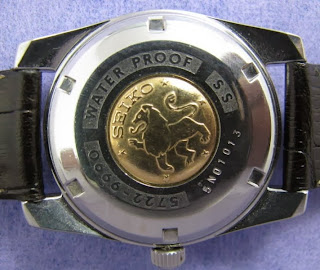 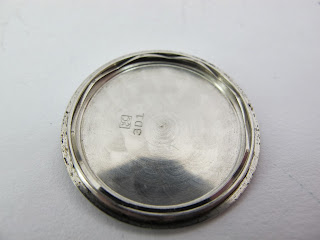 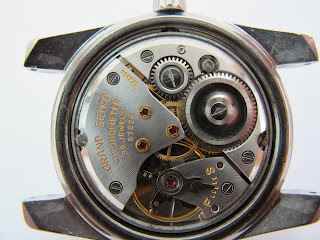 In 1966, the GS 5722 cost a breath-taking 27000 Japanese Yen; which is more than the monthly salary of a Japanese College graduate. Today, GS 5722s are selling for well above USD 1000, depending on condition. Despite the fact, you are probably spend more than buying a new luxurious watch, you are actually buying into an unbroken legacy of watchmaking, and historically significant timepieces. 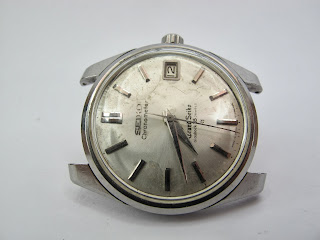 Any Grand Seiko watches displaying the ‘Chronometer’ designation are rarity and highly sought after by collectors. They symbolised the finest decade of Seiko's mechanical watches achievements in conjunction with the introduction of The Grand Seiko Standard and Seiko's victory at the Astronomical Observatory Competitions. 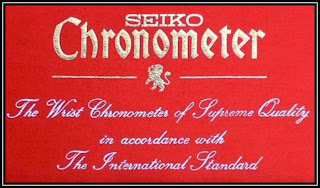 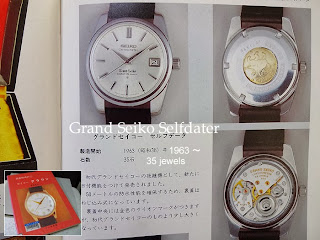 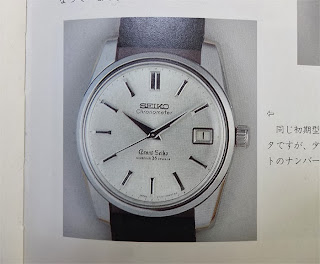 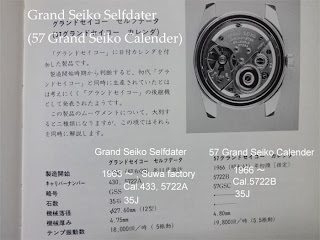 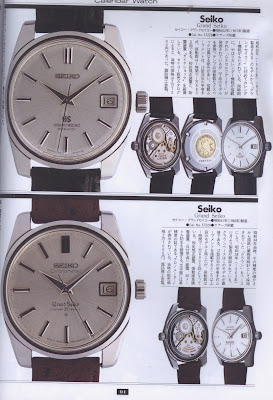